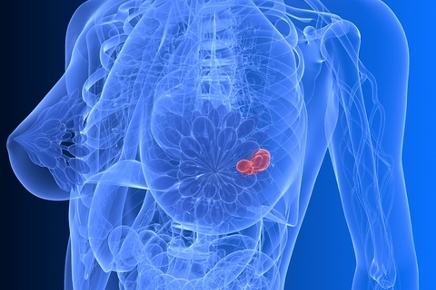 As with the HER2 gene, there can be too many copies of the EGFR (Epidermal Growth Factor Receptor) gene, sometimes known as the HER1 gene in some breast cancer cells—known as EGFR amplification—which affects how the cancer cells behave.

The HER2 (human epidermal growth factor receptor 2) gene makes HER2 protein receptors on breast cells. Normally, HER2 receptors help control how a healthy breast cell grows, divides and repairs itself. But in about 25% of breast cancers, the HER2 gene doesn’t work correctly and makes too many copies of itself (gene amplification) leading to HER2 protein overexpression. This makes breast cells grow and divide in an uncontrolled way.

About 10-20% of breast cancers i.e. more than one out of every 10 – are found to be triple-negative. EGFR Status HER2 Status Triple-Negative Breast Cancer

Most inherited cases of breast cancer are associated with two abnormal genes: BRCA1 (Breast Cancer Gene 1) or BRCA2 (Breast Cancer Gene 2). Women who inherit a mutation or abnormal change in either of these genes have a much higher than the average lifetime risk of developing breast and ovarian cancer. Women with an abnormal BRCA1 or BRCA2 gene have about a 60%-85% risk of being diagnosed with breast cancer during their lifetimes (compared to 12-13% for women overall).  (Source: National Cancer Institute)

Oscar-winning film star Angelina Jolie revealed that she underwent a preventive double mastectomy after discovering that she has a mutated version of the BRCA1 gene that made it extremely likely she would get breast cancer. (Source: New York Times)

Cancer is currently the cause of 12% of all deaths worldwide. You must be aware that breast cancer is one of the most common and emerging cancers all over the world.

The gene locus for BRCA1 is 17q21. BRCA1 is a large gene, with 24 exons encoding a 220 kD nuclear protein (1863 amino acids). Gene locus for BRCA2 is 13q12.3. It encodes for 384 kD nuclear protein (3418 amino acids). BRCA2 contains 27 exons spread over 70 kb of genomic DNA. Over 1000 different mutations in BRCA1 and BRCA2 gene are reported till date. Screening of these mutations aids in assessing the familial risk for Breast Cancer. With the growing awareness of Breast Cancer and its genetic links, there has been interest for screening BRCA1 and BRCA2 gene mutations, particularly in high-risk patients with family history.

One thought on “Status of Breast Cancer and Related Tests”