Geno-type testing is pivotal to determine the duration and dosage of therapy with drugs and in predicting the efficacy of the treatment. While a variety of techniques are used, the gold standard for HCV genotyping is nucleotide sequencing, which can be done by using core (C), envelope (E1), or the non-structural (NS5) regions which can be amplified by polymerase chain reaction. Most diagnostic assays commonly target the 5′ untranslated region (5’UTR).

However, some genotype 6 variants found in Southeast Asia have 5’UTR sequences identical to those of genotype 1a or 1b. Hence, currently used 5’UTR-based assays are unlikely to be very accurate in high-diversity areas. 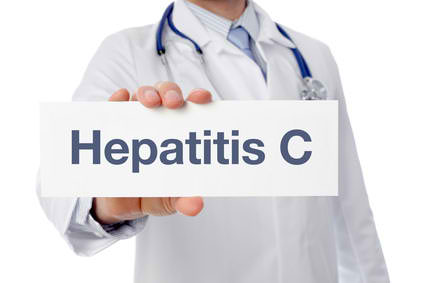 Assessment of fibrosis and role of liver biopsy

Assessment of hepatic fibrosis is important, as it establishes the status of hepatic injury and is helpful in taking the decision to start therapy as well as in predicting outcome of therapy. Assessment of liver fibrosis can be done by liver biopsy or by non-invasive tests for fibrosis which include serologic panels of tests and radiologic tests. Serological markers include the aspartate aminotransferase-platelet ratio index (APRI) ratio, which can be easily calculated using data available from  routine  laboratory  tests,  or  commercially a v a i l a b l e s e r u m m a r k e r s y s t e m s s u c h a s t h e FibroTest/FibroSure, Hepascore, FibroSpect, and the European Liver Fibrosis Study Group panel. The most widely used imaging modality is transient elastography (Fibroscan®). However liver biopsy remains the gold standard for assessment of fibrosis.

HCV antibody tests are useful screening tests for diagnosis of HCV infection. HCV core antibody is emerging as useful new test that can save overall cost of diagnosis. However, plan of treatment is often dependent on HCV RNA load, genotype of the virus and  stage  of  hepatic  fibrosis. So m e t i m e s , h o s t g e n e t i c f a c t o r s s u c h a s I L 2 8 b polymorphism are helpful in predicting response to interferon therapy.